All that's left is to make it

I was holding up on posting until I can say more about PythonForAll (it’s not that I didn’t get out of the building, just that it’s becoming a bit more serious so I can’t publish things before they are final) but I just have to write about this:

For a long time I’ve wanted to code a screensaver showing matrix code, just like the gajillion clones you can already find on the internet, but instead of showing random characters, this one would capture (“sniff”) network packets and show them in encoded form.

The theory is that if you watch this long enough, you’ll begin to “see through the code” – at first, you’ll learn to decode the characters into numbers, and at more advanced stages you’ll learn to parse the network protocols intuitively. I have many reasons to believe this:

Today I saw this HN thread and was reminded of this idea. I decided that the time had come. A night of work later, an alpha version exists and the main feature works well:

You can get it on github. If you are not experienced with compiling linux software, I advise you to wait for a more user friendly release. Drop a comment saying you’re interested, it will motivate me to create one.

There’s work to do on friendliness of installation and on shininess of visualization. Other than that it’s complete. Python and Cairo rock!

Should you learn to read and write? 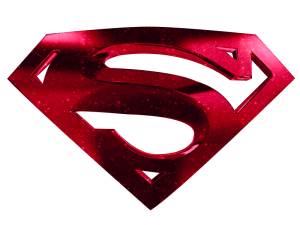 There is a discussion on the boards revolving around the eternal question of whether “non-techie” startup founders will put their time to good use by learning to code.

Five years ago, there was still some room for discussion. These days, I believe discussing it is a waste of time:

As simple as that. But perhaps it is not as obvious to you as it is to me. Worry not! I will explain, give examples and even recommend where to start.

Since this is very relevant to my interests, I will create shorter and shorter version of this essay as time passes, incorporating your feedback, hoping to eventually converge on a version that passes the message. END_OF_DOCUMENT_TOKEN_TO_BE_REPLACED
Posted on September 21, 2012December 7, 2013 by aursaraf 23